A beautiful tree I almost walked past without photographing one morning in February 2014. But right when I was going to dismiss the thought of capturing a picture saying to myself that I could take one later, I realized there probably wouldn’t be a later.

Carpe diem! Or seize the picture!

I’ve been to zoos that claimed they had wolverines, but never have I seen them until I visited Kolmården with a friend in August 2014.

The wolverines ran around and played with each other as my friend and I watched, along with a few other zoo-goers. It was a treat. I realize there is a debate whether zoos are good or not. At Kolmården, I’ve seen the happiest animals I’ve ever seen in a zoo, so they are one of the best if you believe in zoos.

The third story in the Sorceress Islands series is finally published—Sins of a Mage! 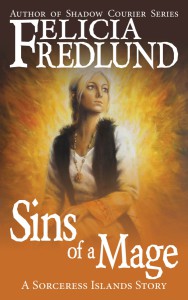 This story follows directly after Burning Bright, the second story in the series. I’m so excited for this one, because the series is really taking shape.

Twelve year old Marii cares for the burns on her father, Bridge Guardian Mikolas, after they let a mage’s family escape to avoid execution. No one comes to relieve her hurt father and she can’t leave the bridge unprotected.

On Cyara, one of the islands in the Sorceress Islands group, mages are hated and executed. The bridge is the only way for a discovered mage to escape from the wrath of the Temple. By letting a friend cross, Marii and her father have exposed themselves and their whole family to the Temple’s wrath.

When the Temple finds out a mage escaped, someone will pay the price.

For buy links check out the book page.

I hope you enjoy this continuing tale of the Sorceress Islands!

PS. The next story in the Sorceress Islands series is Petals of Fate. I’m going into the second draft when that project comes up on my To-Do list next. I hope for a release in early 2016.

When I was in Japan in September 2014, there were a few festivals while I was there. At one of them, they had an exhibition of ikebana—flower arrangement—aka flower art. The picture above is of one of those ikebana during that festival.

I’ve been a fan of Japan and Japanese culture for more than a decade, but it wasn’t until I took a course called “Japanese Art, Architecture and Visual Culture” that I fully appreciated how much I love many Japanese things.

Scandinavian design is often called minimalist and clean (or words to similar effect), and so is Japanese design if I say so myself. Ikebana is colorful, stylish and temporary. Nothing lasts.

One Japanese architecture book I have (Japanska Rum: Om Tomhet och Föränderlighet i Traditionell och Nutida Japansk Arkitektur by Kristina Fridh (excellent book btw)) says that in Japan a room isn’t a room. A room is the experience you have right that moment as you are in the room. That means that each time you enter or leave a room, it is different. Every time you move, or the light moves (if it has a window), it is a different “room”.

In view of that, ikebana as a master art form makes perfect sense. Nothing is permanent; everything is always different; even art, or especially art.

Exactly a year ago (September 2014), I was in Japan for the first time. I spent five weeks there, and I made it a point to visit several different Japanese gardens while there. This picture however isn’t from Japan. This one is from the Japanese garden in the Golden Gate Park in San Francisco, California, USA.

I found it fascinating how very much like an authentic Japanese garden it was. Now, there are several kinds of Japanese gardens. I only really know the names of them in Swedish, but direct translated this would be a walking or path garden. It is built for you to wander through. (Unlike Zen gardens which usually consists of raked gravel with large, moss covered rocks. And specific spots to stand/sit and contemplate their meaning.)

Of course there were plants and trees in the garden in California that you wouldn’t find in Japan. There were some redwoods there for example. But the likeness was striking anyway. 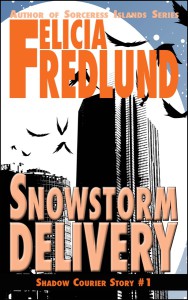 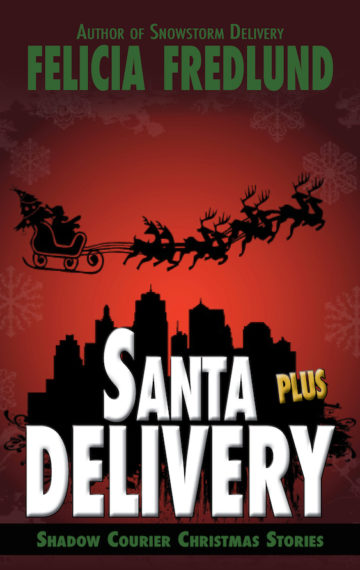 Felicia Fredlund writes in multiple genres and for both adults and young adults. Her quest is to entertain, offering her readers exciting adventures and emotional … END_OF_DOCUMENT_TOKEN_TO_BE_REPLACED